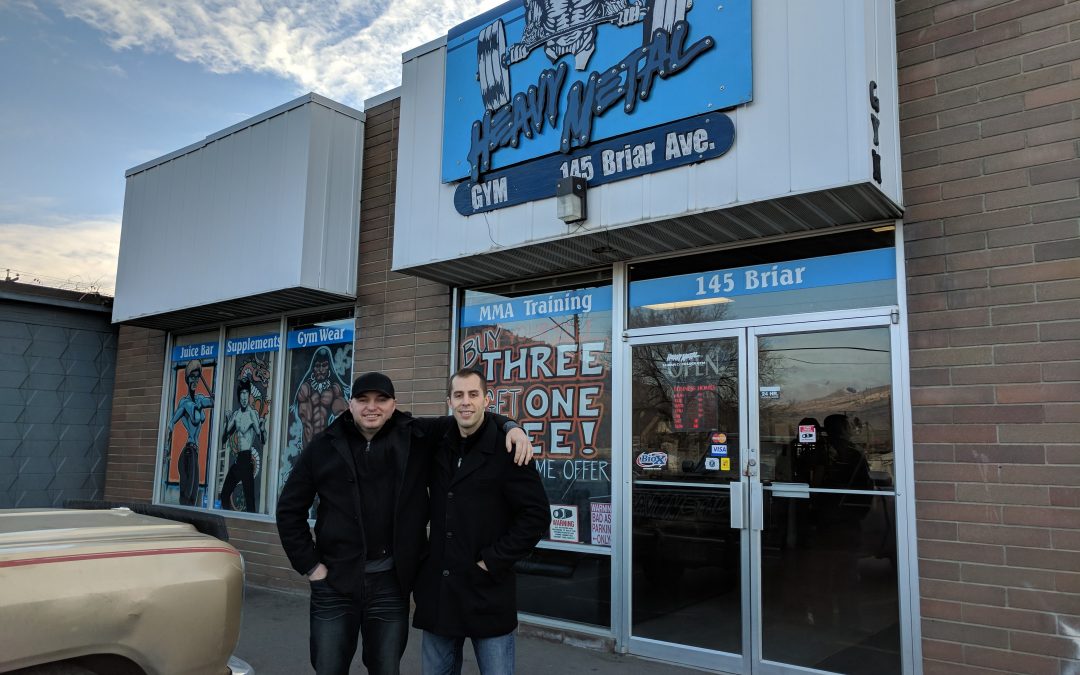 Heavy Metal Gym is having an OPEN HOUSE Wednesday February 20th from 4:30pm to 6pm.

If anyone was wondering Heavy Metal Gym was founded in 1982 by Tom Jensen. The original location for our gym was where Gords Maytag is today on 10th and Tranquille. From there it moved to the small strip mall at 12th St. and the Halston and finally at our current location 145 Briar Ave, the spirit of Heavy Metal has always been the same.

When I first discovered the gym in 2016, I had no idea it even existed. I had met Marc our current gym manager working with my younger brother as security at the North Hills mall. When he heard I was looking for a gym. He suggested coming here. The first time I came to the gym to get a membership I felt welcome. Very much like the first gym I ever went to that was on a military base, Heavy Metal Gym felt like home on the base again. When the opportunity presented itself in late 2017 to purchase the gym, we didn’t hesitate. I didn’t want to see the gym sold off in pieces – and we recognized the potential for a new boxing facility in Kamloops, everything fell into place.

Since we purchased the gym, we’ve made several updates. As you can see, we completed the renovations in the back to open the boxing club in January, and classes are now running Mon-Fri, from 5-6pm for Youth and 6-7pm for Adults. As we gain more members, we plan to offer more classes at new times. We have also cleaned up this front half by removing the old T-bar ceiling, adding updated, energy efficient LED lights, and new flooring. And while we have purchased some new equipment, like the functional trainer, I have also been repairing and maintaining the original machines that were fabricated by Coach Clint Geffard and a welder friend of his that I cannot remember the name of back in the early 1980s.

The gym has been open by keyfob 24hrs/day as far as I know but I have installed a brand new security system with cameras inside and out. And we have a new software program to help modernize the system. We feel that Heavy Metal Gym has something to offer for everyone and believe that we offer a valuable service to the residents of Kamloops.